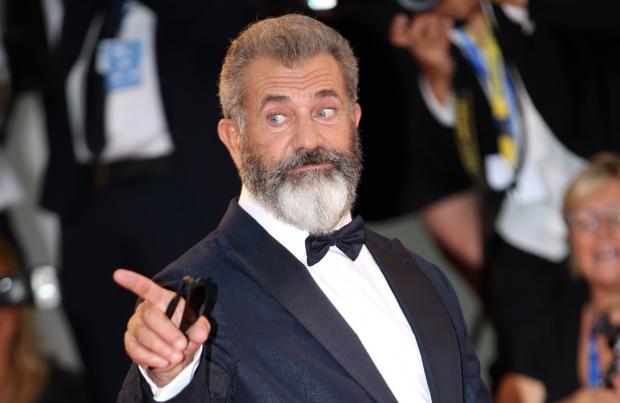 The new biographical war film - which stars Andrew Garfield and Vince Vaughn - debuted at the world-famous festival in Italy and received a rousing reception from the audience.

'Hacksaw Ridge' centres on the story of conscientious objector Desmond Doss, who was awarded the Medal of Honor for his efforts as a combat medic.

Doss was a Seventh Day Adventist who refused to carry a gun - and Mel recently admitted he hopes the movie will "honor" people who work in the armed forces.

He said: "The man who refuses to touch a weapon, and do something much higher than something as venal as killing in a war; it's a very high calling ... You have to love the warrior, and give him homage and honor him. I hope this film does that."

The controversial 60-year-old director also admitted to being captivated by Doss' religious commitment.

He explained: "It's undeniable what the essence of Doss was: he was a man of great courage and strong conviction, and strong faith; to go into a battle zone like that - which the Japanese called it 'steel rain', with the artillery and lead flying around - to go into that armed with only your faith, your faith has to be strong in you.

"That's an undeniable part of the story I found really inspiring."

'Hacksaw Ridge' is Mel's first film as director since 2006's 'Apocalypto' and is set for wide release on November 4.