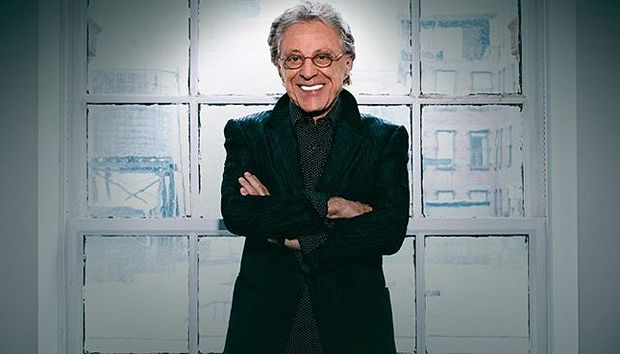 Who remembers Frankie Valli & the Four Seasons? Yes, that's right, the band behind such songs as 'Walk like a Man' and 'Big Girls Don't Cry' (nope, not gonna dissect the wider gender implications there, nope, not at all). They also released the karaoke go-tos, 'Working My Way Back To You', 'Sheri', and 'Can't Take My Eyes Off You'.

They were pretty famous in the 1960s and 70s, mostly for those matching suits, but many keen theatregoers will also know them from Jersey Boys: the Tony-winning musical based on the life and times of the band.

Apparently not content with simply being a plot trope in musical theatre, Frankie and the lads are heading out on a tour of the UK this April, with dates in key cities such as Edinburgh, London and Manchester. Tickets go on sale Thu 8 Sep at 7pm.

Pre-tour, Frankie isn't sitting on his laurels. He is set to headline BBC Proms in the Park on Sat 10 Sep, and is releasing a Christmas album entitled 'Tis The Seasons on Fri 11 Nov, via Rhino.

Forget the many Jersey Boys tribute shows and revel in the real falsetto as Frankie Valli performs classic hits from 'Walk Like a Man' to 'Beggin''. Frankie Valli, who came to fame in 1962 as the lead singer of The Four Seasons, is hotter than ever in the 21st century. The volcanic success of the Tony Award-winning…