Five reasons to check out the Harlem Globetrotters 2017 UK tour 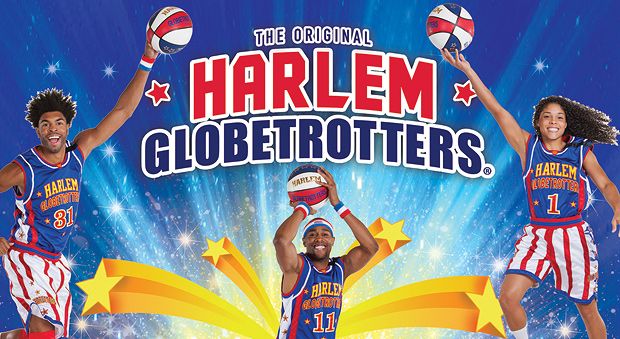 Whether you are a pro basketballer or haven't shot a hoop in your life, the Harlem Globetrotters offer a family entertainment show that's gained the most unexpected of followings – including popes, kings, queens and presidents. The basketball tricksters have just announced a 12-date UK tour coming in April 2017, with tickets on sale from Fri 23 Sep. Here are five reasons why you should look into buying tickets for their tour:

You don't have to be a basketball fan
In fact, you could enjoy the show not even knowing what basketball is. The electrifying athletes prance about the stage showing off their trick shots and incredible ball handling skills whilst creating a dramatic comedy show with plenty of audience interaction.

It's a family-friendly event
The team have been at the height of family entertainment for the past 90 years selling tickets to toddlers, teens, parents and the elderly adrenaline junkies. They have played over 26,000 exhibition games and performed in 122 countries.

They represent female athletes
Although it is a male dominated sport, the Harlem Globetrotters' team includes two talented female basketball players, TNT Lister and Ace Jackson. The girls each bring different skills to the show whilst representing female athletes around the world.

Support their 'Great Assist' Initiative
The team recently launched the Great Assist initiative alongside American TV Broadcaster Robin Roberts, who the Globetrotters also named their tenth Honorary Harlem Globetrotter (joining Nelson Mandela, Pope Francis and more). The initiative pledges to spread 100 million smiles over the next ten years with smiles, sportsmanship and service. The team will visit children's hospitals, help build homes for the vulnerable and spread anti-bullying messages to schools in North America, and they urge all their fans to get involved, too.

You can expect a signing and selfie after the show
The team have promised to sign autographs and take photos with fans once the show is over, and why wouldn't you want a selfie with a sweaty Globetrotter after an intense and high paced basketball show?

The Harlem Globetrotters, known for their international basketball skills, perform some of their best tricks and slams. Check out the skills of Special K Daley, Big Easy Lofton, Flight Time Lang and the rest.