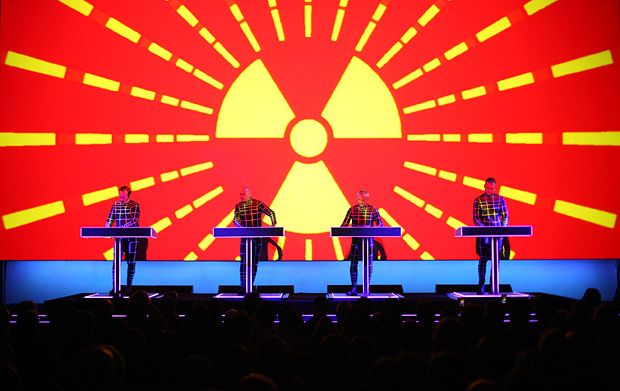 Iconic electronic outfit Kraftwerk have announced an 12-date UK tour, which will see the quartet take their 3D Concerts all over the country in June 2017.

Though there haven't been any new Kraftwerk releases since Tour de France Soundtracks in 2003, Ralf Hütter, Henning Schmitz, Fritz Hilpertn and Falk Grieffenhagen, have continued to tour in Europe, USA and beyond, including a stint at Tate Modern's Turbine Hall where they played a series of eight live performances in 2013.

Their first full UK tour in 13 years, fans will finally be rewarded for their patience with a live show that has been performed since 2012 around the world to much acclaim. Part gig, part performance art and part multi-sensory spectacle, the 3D Concerts offer an experience that will leave you visually and sonically captivated.

The June 2017 tour begins in Belfast, making its way to Scotland, the Midlands and Wales before ending with two dates at London's Royal Albert Hall towards the end of the month.

Legendary German electronic group who pioneered the genre back in the 70s, are notoriously elusive, and who are renowned as the godfathers of electronic music. A mix of music and performance art, the group perform their 3D concerts in the UK before heading over to Europe.