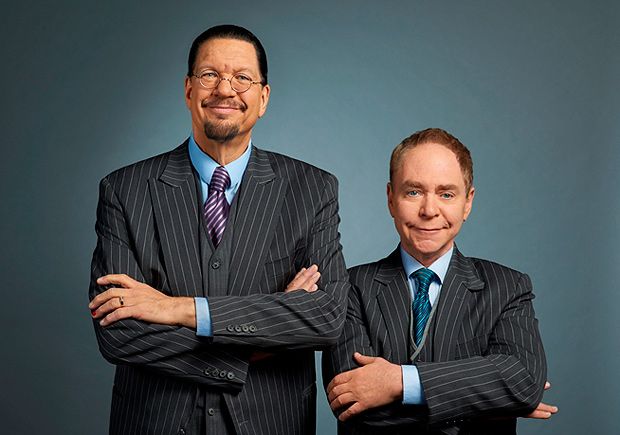 Magical duo to perform in Manchester, Glasgow and London

Magicians Penn & Teller will tour the UK next summer ahead of a massive Las Vegas residency. The pair have been entertaining audiences for over 40 years, a feat that seems almost magical by itself.

The Emmy-winning performers have become a cultural phenomenon thanks to their many TV appearances, often featuring apparently violent twists and turns. They've won the prestigious Las Vegas Magicians of the Year award eight times and they frequently apply their libertarian politics to attack pseudoscience and US governmental policy.

Off-stage, Teller (who usually performs non-verbally alongside his more verbose partner) has written two books and directed a number of plays, while Jillette has written three books, including a New York Times Bestseller, and co-directed 2005 documentary The Aristocrats.

The stalwart Las Vegas magicians take their cheeky show on the road.