KISS coming to the UK as part of European tour 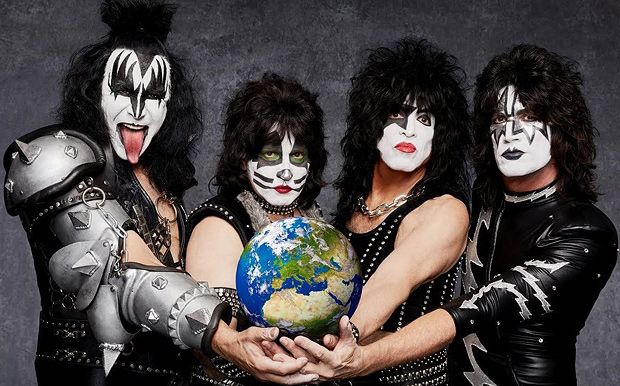 Pucker up Glasgow, Birmingham, Manchester and London – the glam rock band are on their way

It's beginning to look a lot like KISSmas, as America's favourite long-tongued glam rock band have announced a host of arena shows in the UK this May.

The make-up lovin' gang, aka Paul Stanley, Gene Simmons, Eric Singer and Tommy Thayer, have recently completed a sold out tour of America, and have already announced dates in Russia, Finland, Sweden, Norway, Germany, Austria and Holland for 2017. Now, they've added Denmark, Italy, Czech Republic and the UK to next year's touring calendar.

They've got plenty of material for it, alright, having released 44 albums and sold over 100 million records worldwide.

But you know their songs, don't you? 'I Was Made for Lovin' You', 'Rock and Roll all Nite', 'God Gave Rock n Roll To You'? You get the picture, we're not going to list 44 albums worth of songs.

KISS tickets on general sale Fri 2 Dec at 9am.

The last ever tour from the monochrome-made up rock guys, fronted by Gene Simmons and Paul Stanley. The quartet have sold over 80 million albums worldwide since the band formed in New York in 1973 and were named by VH1 in their top ten list of the ‘100 Greatest Artists of Hard Rock’.