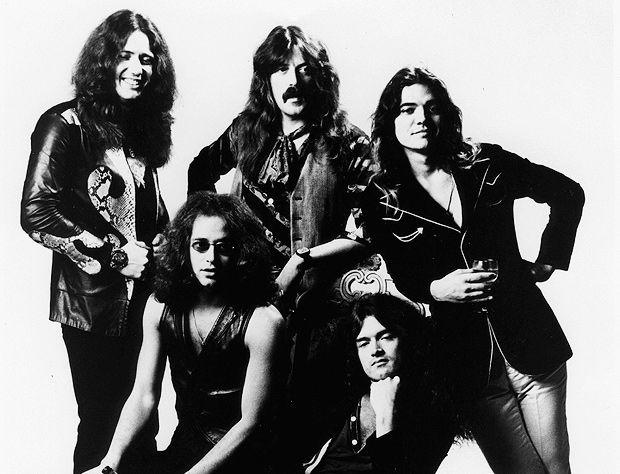 Not a recent picture of the band

English rock band to perform five shows across the UK

Deep Purple have announced a run of UK dates in November 2017 for their Long Goodbye Tour.

The current lineup of the band, known as Mark VIII is made up of Ian Gillan, Roger Glover, Ian Paice, Steve Morse and Don Airey. Over the last year, the group have moved into new areas and have been working on their brand new studio album, inFinite, which is to be released at the beginning of 2017. The album is the follow up to the band's 2013 album Now What?!, which sold over half a million copies and led to the purchase of over a million concert tickets.

The tour name has encouraged rumours that the legendary rock band are planning to end their career after almost a decade of touring the world and producing 20 albums. Speculation was sparked with news that band's drummer, Ian Paice suffered minor stroke last year, forcing him to miss shows in Sweden and Denmark. There is, however, no confirmed news on whether this is a farewell tour.

The Long Goodbye Tour will be supported by Swedish rock band, Europe.

Deep Purple The Long Goodbye tickets are on general sale Fri 9 Dec at 9am.

Old school monsters of rock justly famed for the killer riffola of 'Smoke on the Water'.