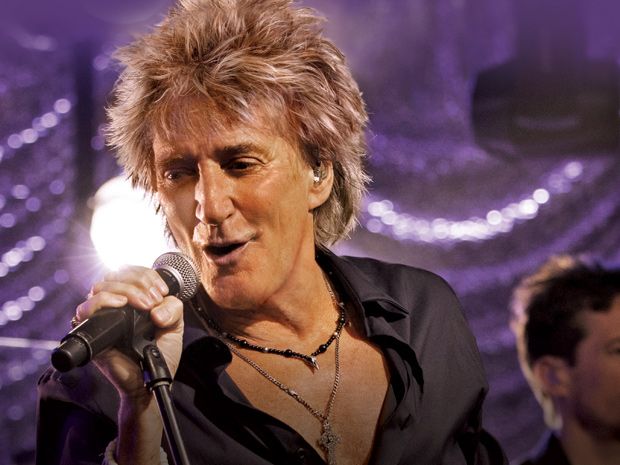 He may be seven years past retirement age but Rod Stewart shows no signs of hanging up his mic. The legendary septuagenarian rocker has announced two new UK Hits gigs in June, performing at Shrewsbury Town Football Club and Durham County Cricket Club.

With over 200 million records sold worldwide, Rod is one of the world's best-selling artists. Over five decades, the crooner has serenaded fans with hits including 'Maggie May', 'Da Ya Think I'm Sexy', 'The First Cut is the Deepest' and 'I Don't Want to Talk About It'.

The two dates are Rod's only UK mainland gigs for 2017, although he's set to headline the Isle of Wight Festival, also in June. Fans should expect a set of classics and new hits, including tracks from his most recent album, Another Country.

Gravel-voiced Rod returns for more onstage shenanigans lapped up by a partying crowd. There's always 'Maggie May' to look forward to. This time round he is promoting his latest studio album Blood Red Roses.