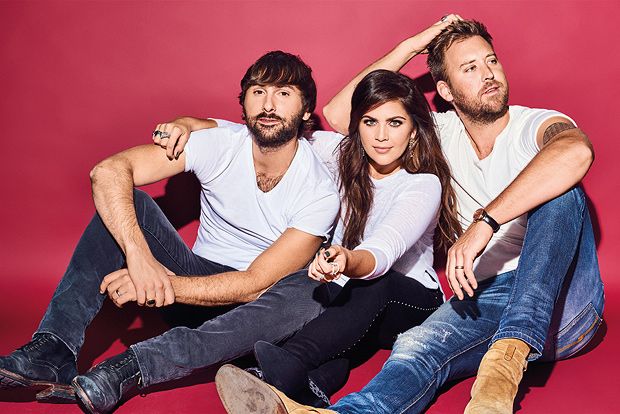 The UK is set to experience a heavy dose of country this October as Nashville super-group Lady Antebellum come over on a four-date tour. The trio will be starting their journey in Manchester, then heading to Glasgow, Birmingham and ending in London, in support of their soon-to-be-released sixth studio album Heart Break

As stars of the country music scene in the US, Hilary Scott, Charles Kelley and Dave Haywood made their debut as guest vocalists on Jim Brickman's single 'Never Alone'. Since then, their rise has been swift and stratospheric, with 18 million sales worldwide, nine singles that have reached the number one spot and their first three albums being certified as platinum. The title track of their second album Need You Now spent five weeks at the top of the charts, winning four Grammy Awards including Song of the Year and Record of the Year, a feat that has only ever been pulled off by one other country group, the Dixie Chicks. Having won countless awards in their relatively short history, Heart Break has been tipped to continue the momentum, with first single 'You Look Good' providing a taste of their progression as a three-piece.

Country pop trio who are huge in the States and starting to make in-roads in the UK.