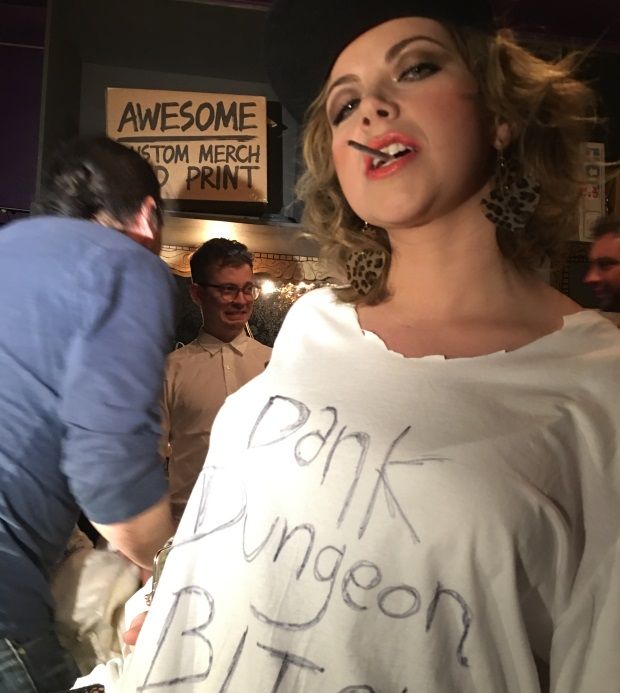 Summerhall's live music programme, Nothing Ever Happens Here (NEHH), is set to take on its third Edinburgh Festival Fringe this year and has just announced the first big name on the lineup.

The Dissection Room will host the self-confessed 'Dank Dungeon Bitch', Charlotte Church, and her band, for two nights of throwback pop and rock. After her big break in 1998 with her debut album Voice of an Angel (at just 12-years old), Church has performed across the globe for the pope, American Presidents and many other important figures. Not Donald Trump though; her public reply to him after being asked to sing at his inauguration made her views very clear, plus gained her a good few followers.

Many have found a newfound respect for the classical-come-pop singer with her Pop Dungeon nights, where she's been known to perform covers of Super Furry Animals' 'Hometown Unicorn', Prince's 'Purple Rain' and a Destiny's Child 'Bootylicious' mashup with Rage Against the Machine's 'Killing in the Name'.

The gig series was set up with the intention of celebrating local emerging acts as well as established international artists, reviving the city's gig scene after a number of closures and restrictions. Last year the festival covered a variety of genres and styles, appealing to a range of gig-goers with music from Grandaddy, Billy Bragg and Kathryn Joseph, to name a few.

As part of Nothing Ever Happens Here, Summerhall, Edinburgh, 25 & 26 Aug.

The former childhood 'voice of an angel' turned 'crazy chick' makes another bid for pop rather than tabloid acceptance.