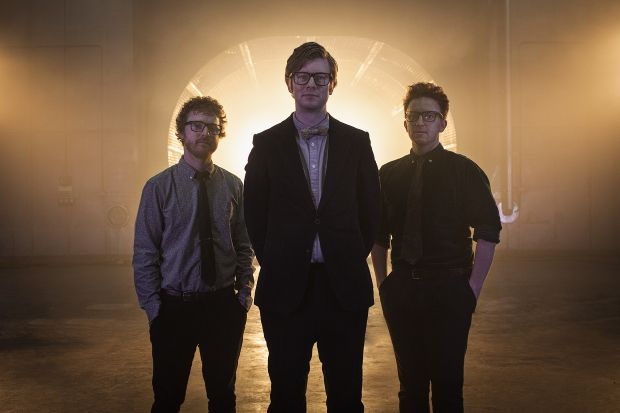 Having conquered space and the moon landing, Public Service Broadcasting have revealed details of their latest mission — a 12-date UK tour this October.

The group, who fuse electronic sound and spectacular visuals with samples from public information films, archive footage and propaganda material, will be supporting their latest album Every Valley, released on Fri 7 Jul, and it's another concept record. Following on from their 2015 album The Race For Space, their new effort takes on the less cheery subject matter of industrial decline, and neglected or abandoned communities all over the world, with a particular emphasis placed on former mining strongholds of South Wales.

Appropriately then, the tour commences in Cardiff on Fri 13 Oct, rounding up at London's Eventim Apollo on Thu 26 Oct. Having retired their Sputnik themed stage-design last week at the Edinburgh International Science Festival, the band, featuring J Willgoose Esq on stringed instruments and electronics and Wrigglesworth on drums, will unveil a spectacular new set-up designed by their visual mastermind Mr B.

It should be the most educational night out you have all year.