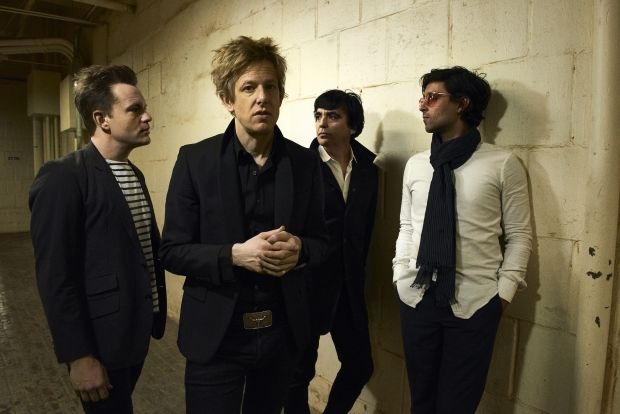 Fresh from upstaging Kasabian during their maiden Later…With Jools Holland performance, Spoon have announced three extra UK tour dates for 2017. The group have added November shows in Brighton, Liverpool and Cambridge, which they'll play off the back of June dates in Glasgow, Manchester and London.

It's been a good year for Britt Daniel and his Texan rockers, who continue to age well, like a fine wine (or more likely whisky). Hot Thoughts, their ninth album, was their highest charting UK album to date, showing Daniel's undeniable way with a punchy guitar anthem, and the fruits of his more experimental probing.

As the Jools performance proved, they're still a formidable live act, and the dates are their first in the UK since 2014. Don't miss out.

Tickets for the November shows go on sale Fri 21 Apr at 10am.