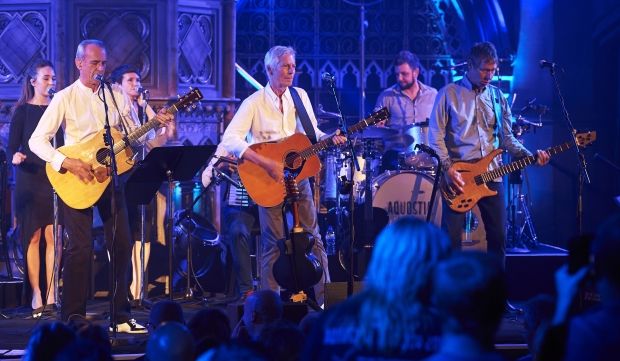 Status Quo have announced UK tour dates for this winter with presale tickets available from 9am on Thu 27 Apr.

General tickets go on sale Fri 28 Apr at 9am.

The Aquostic tour, will see the group play stripped back versions of much-loved hits, chosen from a back catalogue spanning five decades.

Fresh from a sold-out show at London's Royal Albert Hall demand is sure to be high as the Quo go rockin' all over the country, with the tour kicking off at Manchester's O2 Apollo on Sun 26 Nov, and rounding up at London's Eventim Apollo on Fri 8 Dec.

The fully acoustic shows will feature a cast of additional musicians and backing vocalists, and will be the second set of dates for Status Quo since the tragic death of guitarist Rick Parfitt, who passed away on Christmas Eve last year. Founding member Francis Rossi said the dates were a chance to honour Parfitt. He added: 'Things are not the same, nor should they be, but the show goes on because band and fans alike still love this amazing music.'