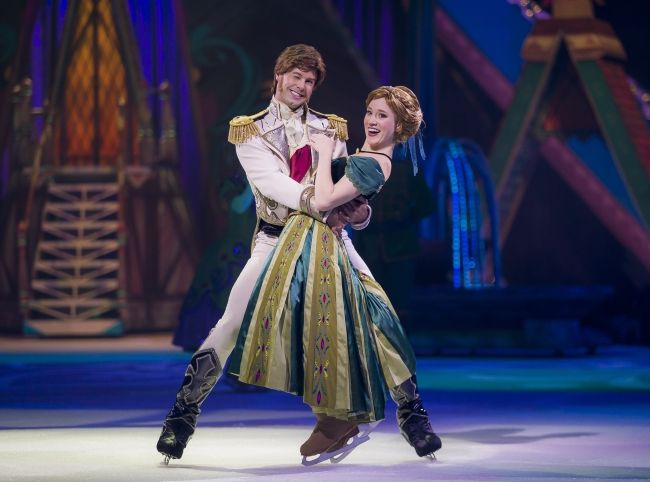 Family-friendly show features a famous cast of Disney icons, from classic films including The Lion King, Peter Pan, The Little Mermaid and Frozen

The hugely popular production Disney on Ice: Passport to Adventure has announced a run of shows for 2017, with presale tickets available from 9am on Fri 28 Apr.

The spectacular show has proved to be a huge hit with children, grandchildren, and – of course – with the adults accompanying them along. Folks of all ages are charmed and wowed by the classic characters, as they get their skates on and perform routines and songs from iconic films like Peter Pan, The Lion King and Frozen.

Bringing that famous Disney magic is a cast of legends including Mickey and Minnie Mouse, Tinkerbell, Timon and Pumbaa, Ariel, Snow White and Cinderella. With a spectacular stage design and mesmerising ice-skating, it's an absolute must for anyone who loves Disney – you won't be able to take your eyes away.

The run kicks off at Glasgow's Braehead Arena on Fri 22 Sep, and ends at London's O2 Arena on Sat 30 Dec.

Presale tickets available from Fri 28 Apr at 9am, general sale starts Fri 5 May at 9am.