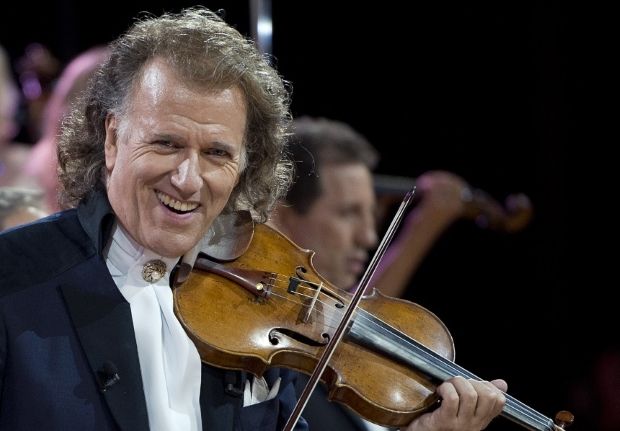 Rieu, whose waltz-playing 60-piece Johann Strauss Orchestra has brought joy to millions worldwide with its unique take on the classical genre, will play seven dates in the build up to Christmas, starting in Dublin on Sat 9 Dec and rounding up in London on Fri 22 Dec.

His live show is known for blending waltzes, popular music – and even comedy – into the repertoire, and it's proved incredibly popular, with Rieu one of the biggest touring acts in the world today.

Rieu, who also goes by the title of the 'King of Romance', and lives in a castle in his hometown of Maastricht, says his concerts are about 'joy and love'. He added: 'We should make decisions in our lives with our hearts, not our heads. People often ask me "how do you choose your program?" The answer is "with my heart."

'I love Johann Strauss but I am also fascinated by Andrew Lloyd Webber and Bruce Springsteen. We should stop limiting ourselves with categories and boundaries – not just in terms of music but in our lives in general.'

With life lessons like that being handed out on top of the entertainment, demand is sure to be extremely high for the violin master and two-time Classic BRIT Award winner – act quickly.

Presale tickets are available from Wed 3 May. General tickets go on sale Fri 5 May.

The 'Maestro of the Masses' brings popular tunes from film, musicals, operas and operettas to an arena near you.