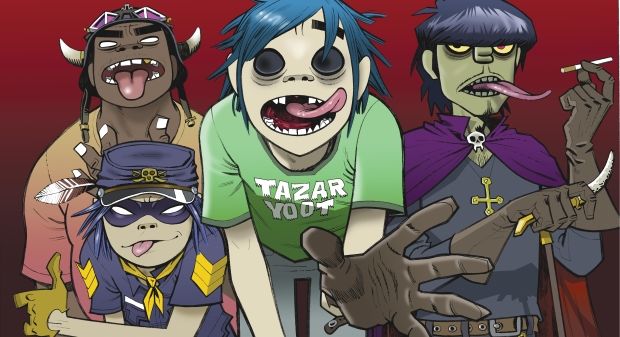 2-D, Murdoc, Noodle and Russel – better known as Gorillaz – are back on the road this winter

Gorillaz have announced three UK shows for December in support of new album Humanz, with tickets on sale Fri 5 May.

The tour stops off at the Brighton Centre on Mon 27 Nov and rounds off at London's O2 Arena on Mon 4 Dec, calling in at Glasgow, Manchester and Birmingham too.

Gorillaz has evolved beyond all recognition since the earworm that was 2001 single 'Clint Eastwood' was first unleashed on the world. After the animated gimmick had worn off the group continued to be a huge presence on the musical landscape, releasing increasingly politicized material. The sense of foreboding present in Demon Days and Plastic Beach is matched by Humanz – which was originally conceived as an album that imagined a world where Donald Trump became President of the USA. Imagine that!

Tickets for Gorillaz on sale Fri 5 May at 9am.