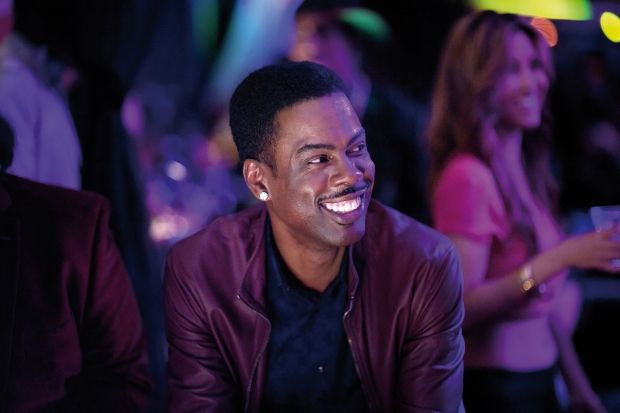 Comedian Chris Rock is to return to the UK in 2018 with The Total Blackout Tour, with tickets on general sale Fri 12 May at 10am.

The Grammy and Emmy award-winning comedian, director, writer and producer made his breakthrough in Beverly Hills Cop II, back in 1987, after being spotted by Eddie Murphy doing a late night stand-up set.

He went on to join the Saturday Night Live cast, and later starred in The Longest Yard, Bad Company and Down To Earth.

Tickets for these rare and highly anticipated UK shows go on sale Fri 12 May at 10am.

The actor, director, writer and producer returns to stand-up, with his new show The Total Blackout. Rock was a cast member on Saturday Night Live from 1989–1993 and has since written, directed and starred in Top Five, directed Amy Schumer: Live at the Apollo and lent his voice to chirpy zebra Marty in the Madagascar…