Get tickets for The Kooks' tenth anniversary tour 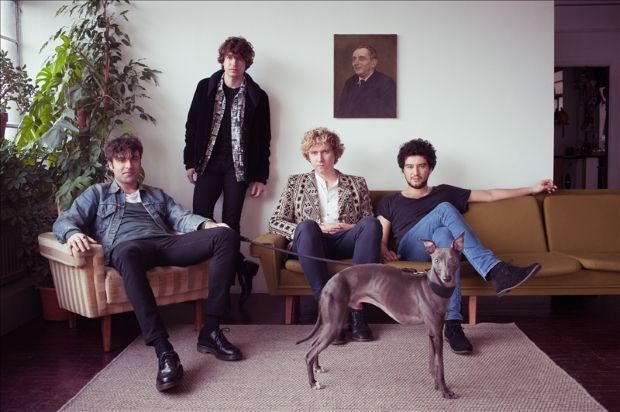 The Kooks, pictured with a very cute dog

The indie poppers are venturing out to play six arena shows

The Kooks have announced UK arena tour dates for 2017, with tickets on sale Fri 12 May.

The group are touring in support of upcoming album The Best Of... So Far, a greatest hits record that relives the golden years of 2005–2008, and singles from The Kooks' first two albums Inside In/Inside Out and Konk.

You might have found yourself at some point in the last few years wondering: 'Hey, I wonder what The Kooks have done since those halcyon days when Skins was first on the TV and Luke Pritchard was on Never Mind The Buzzcocks?' Wonder no more, founding members Pritchard and Hugh Harris have released two studio albums in this decade – 2011's Junk Of The Heart and 2014's Listen.

The tour kicks off at Leeds' First Direct Arena on Thu 23 Nov and rounds up at the SSE Wembley Arena on Sat 2 Dec, so get acquainted with all the big hits, 'She Moves In Her Own Way', 'Sofa Song', and – your boyfriend's open-mic staple between 2008 and 2010 – the ubiquitous 'Naïve'. Nostalgia is a wonderful thing.

Brighton indie tykes best known for their hits 'She Moves in Her Own Way' and 'Shine On'.