Grizzly Bear announce four UK and Ireland shows as part of world tour, find out how to get presale tickets 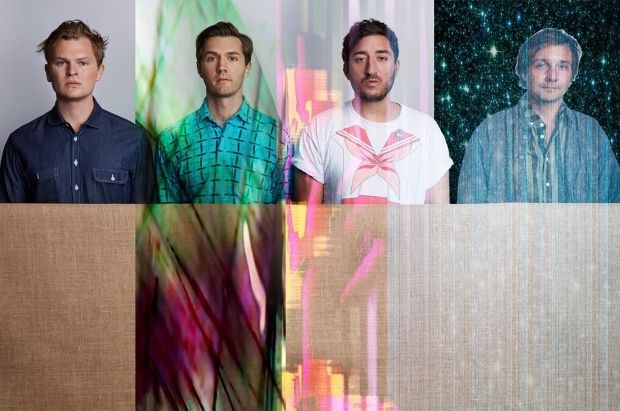 Grizzly Bear have announced four UK and Ireland dates as part of their upcoming world tour, with presale tickets available Mon 22 May at 10am.

The critically acclaimed quartet are travelling in support of soon to be released fifth album Painted Ruins, with their UK and Ireland run kicking off at Dublin's Vicar Street on Thu 5 Oct, taking in Manchester and Glasgow before finishing at London's O2 Brixton Academy on Mon 9 Oct.

It's their first jaunt since 2012's Shields, which was widely regarded as one of the best albums of the year, with singles 'Yet Again' and 'Sleeping Ute' quickly becoming fan favourites.

The band was initially a solo vehicle for frontman Ed Droste, who released 2004's Horn Of Plenty under the name Grizzly Bear. He was joined shortly after by Chris Taylor, Daniel Rossen and Christopher Bear, who all contributed to 2006's Yellow House. Breakthrough album Veckatimest spawned a hit single in 'Two Weeks' and was featured in countless album of the year lists at the end of 2009.

One of the year's most anticipated alternative rock albums, Painted Ruins will feature the percussive, challenging and ultimately rewarding 'Three Rings' which was unveiled earlier this month.

Presale tickets are available Mon 22 May at 10am. General tickets go on sale Wed 24 May at 10am.

Initially a solo vehicle for frontman Ed Droste, Grizzly Bear is now a quartet. The Brooklyn-based band tour in support of their fifth album Painted Ruins.