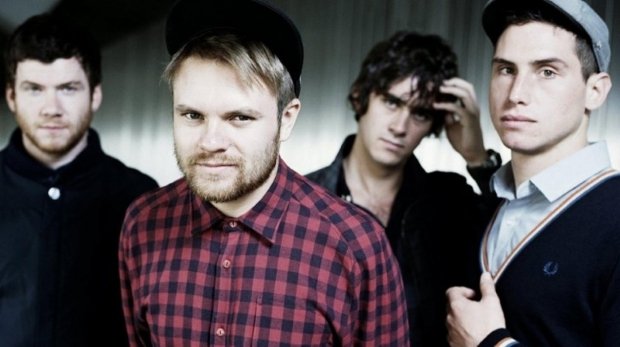 Enter Shikari have announced a tour of the UK for November, with tickets on sale Fri 26 May at 10am.

The group, who fuse hardcore, rock and electronic influences, kick off the eight-date run of shows at Liverpool's Echo Arena on Thu 16 Nov, with the final show at London's Alexandra Palace on Sat 25 Nov.

They're currently on the road celebrating the tenth birthday of debut album Take To The Skies, which reached number four in the UK charts and featured fan favourite tracks like 'Sorry You're Not A Winner', 'Anything Can Happen In The Next Half Hour…' and 'Jonny Sniper'.

Citing what on the surfaces appears to be a jarring list of influences, from Rage Against The Machine to The Beatles, Refused to Igor Stravinsky, the eclectic St Albans band followed Take To The Skies with 2009's Common Dreads, 2012's A Flash Flood Of Colour and 2015's The Mindsweep.

They dropped new track 'Supercharge' (featuring Big Narstie) on Monday, and news on their fifth studio album is expected soon.

Tickets for Enter Shikari go on sale Fri 26 May at 10am.