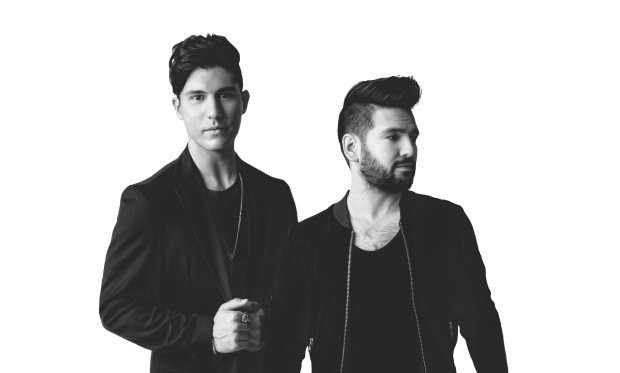 Country music duo formed in Nashville in 2012, and will play in London, Bristol, Birmingham, Manchester and Glasgow

American country music duo Dan and Shay have announced a five-date UK tour for this winter, with tickets on sale Fri 2 Jun at 9am.

The duo, comprised of vocalists and songwriters Dan Smyers and Shay Mooney, kick off the run of shows at London's KOKO in Camden on Tue 28 Nov, and stop off at Bristol, Birmingham and Manchester before finishing off at Glasgow's St Luke's on Mon 4 Dec.

After meeting in country music hotspot Nashville back in 2012, Smyers and Mooney immediately hit it off, and began writing songs together. Their first single '19 You and Me' sold over 720,000 copies, and the double act have gone from strength to strength since.

Tickets for Dan and Shay go on sale Fri 2 Jun at 9am.

The American country duo composed of Dan Smyers and Shay Mooney perform in support of their latest album Obsessed.