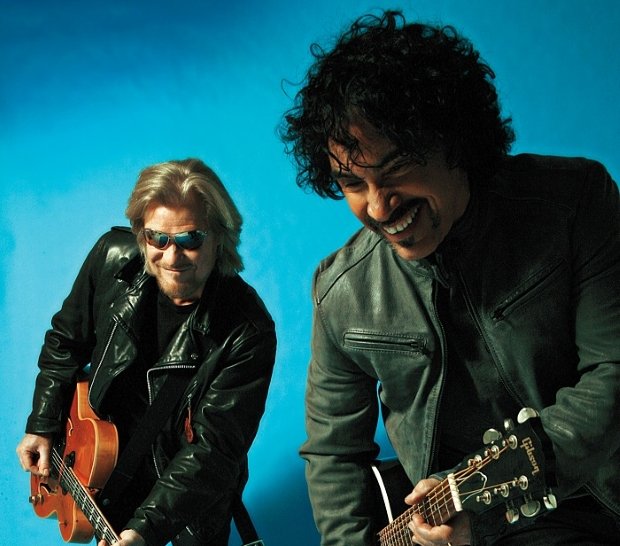 Daryl Hall and John Oates have been revealed as the headliners for BluesFest 2017, joining Steely Dan at the top of the bill. Tickets are on sale from Fri 2 Jun at 10am.

The Philadelphia pair are one of the most successful songwriting duos of all time. They perform at London's O2 Arena on Sat 28 Oct and Dublin's 3Arena on Sun 29 Oct.

Selling over 40 million records throughout their career, they scored their first number 1 hit in America with 'Rich Girl', before a glorious streak in 1981 saw 'Kiss On My List', 'I Can't Go For That' and 'Maneater' top the charts.

Their other single that year, 'You Make My Dreams' is one of their best known hits too, and despite only charting at number 5, it's been put to memorable use at the movies, most notably in 1998's The Wedding Singer and 2009 romantic-comedy 500 Days of Summer.

Their sound, a fusion of rhythm and blues and rock and roll, has won then legions of fans, making them an excellent shout to top the BluesFest bill.

They'll be joined by Chris Isaak, with many more still to be confirmed.

Find out if she's still a 'Maneater' as Daryl Hall and John Oates rejoin forces to take their well-loved back catalogue and new tunes on the road.