Depeche Mode announce gigantic London show, find out how to get tickets 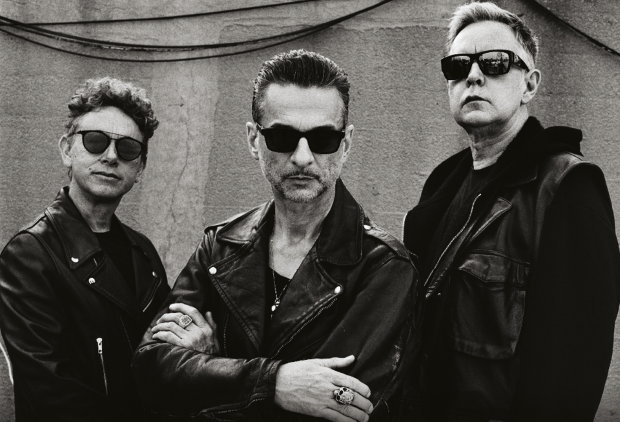 Electronic pioneers and creators of tracks like 'People Are People', 'Enjoy The Silence' and 'Personal Jesus' play the O2 Arena on Wed 22 Nov

Depeche Mode are to play an enormous headline show at London's O2 Arena on Wed 22 Nov, with tickets on sale Fri 9 Jun at 9am.

Probably Essex's finest music export, and pioneers of popular electronic music, the trio have been entertaining audiences since 1981, when their debut album Speak & Spell – which included the hit singles 'New Life' and 'Just Can't Get Enough' – was released.

Founding member Vince Clarke left shortly after that, but Dave Gahan, Martin Gore and Andy Fletcher have powered through thirteen studio albums since then, an impressive hit-heavy back catalogue that includes tracks like 'People Are People', 'Enjoy The Silence' and 'Personal Jesus'.

The news of the O2 Arena show comes fresh off the back of successful tour dates in support of their most recent studio album, Spirit, which was released in March of this year, and was well received by critics and fans alike. The group topped the bill at this year's 6 Music Festival in Glasgow.

Tickets for Depeche Mode at London's O2 Arena go on sale Fri 9 Jun at 9am.