Run The Jewels add UK tour dates for November 2017, find out how to buy presale tickets 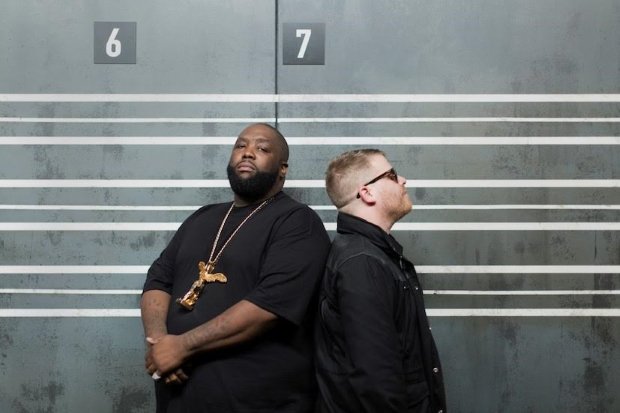 El-P and Killer Mike play Manchester, London, Birmingham and Glasgow, along with rapper Danny Brown, in support of third album Run The Jewels 3

Run The Jewels have extended their Run The World tour with four extra UK dates. Presale tickets go on sale Wed 14 Jun at 10am.

The hip-hop supergroup, consisting of rapper/producer El-P and rapper Killer Mike, kick off the shows at Victoria Warehouse in Manchester on Thu 9 Nov. They then play in London and Birmingham before a final date at Glasgow's O2 Academy on Thu 16 Nov.

The duo formed in 2013 having worked on Killer Mike's album R.A.P Music and having toured together. Their sensational self-titled debut album was released as a free download in 2013, and was swiftly followed by a sequel, Run The Jewels 2.

Run The Jewels 3 was given a surprise digital release in December 2016, catching punters unawares, and arguably is their best effort yet, featuring guest appearances from TV on the Radio's Tunde Adebimpe, Kamasi Washington, and rapper Danny Brown, who'll be supporting RTJ on the UK and Europe leg of the tour.