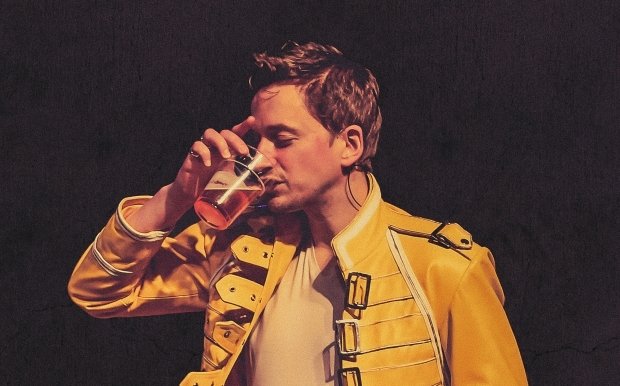 Stand-up and radio host brings'The Darkness of Robins across the UK in early 2018, after a run at the Edinburgh Festival

Comedian John Robins has announced a UK tour for 2018, with presale tickets on sale now, and tickets on general sale Fri 16 Jun at 10am.

The double Chortle Award winning stand-up brings The Darkness of Robins across the country on a lengthy turn-of-the-year tour. The shows kick off at Leamington Spa's Pavilion on Thu 25 Jan, 2018, running right through until Thu 22 Mar at Nottingham's The Glee.

The show sees Robins – who co-hosts The Elis James and John Robins show on Radio X, and the podcast of the same name – reflect on love and loss, and lament the fact he can't break up with himself.

Bristol-born Robins, who's appeared on TV's Mock the Week and Russell Howard's Good News, is also performing the show at this year's Edinburgh Fringe Festival. The Darkness of Robins is on at 6.40pm at the Pleasance Courtyard from Wed 2-Sun 13 and Tue 15–Sun 27 Aug.

Presale tickets are on sale now, tickets on general sale Fri 16 Jun at 10am.

The comedian and 'London's saddest DJ' plumbs the hilarity to be found in even our bleakest moments.