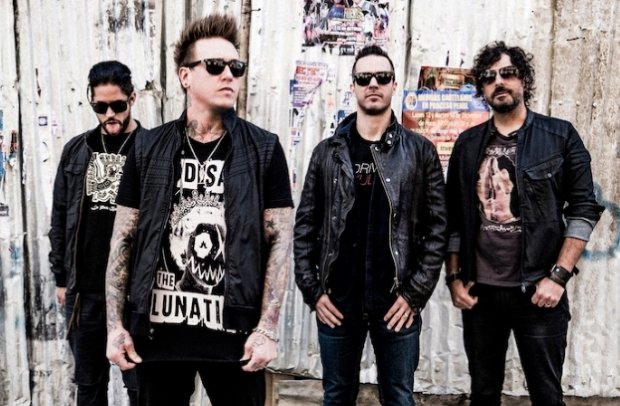 Papa Roach are to tour the UK in October 2017, with presale tickets available Wed 14 Jun at 9am, and tickets on general sale Fri 16 Jun at 10am.

The band, who first rose to prominence in 2000 with the multi-million selling album Infest, and it's hit singles 'Last Resort' and 'Between Angels and Insects', kick off the run of shows at Birmingham's O2 Academy on Thu 5 Oct.

The tour then takes in Nottingham, Glasgow and London, finishing off at Manchester's O2 Apollo on Wed 11 Oct.

Singer Jacoby Shaddix said 'We're really excited to get back to the UK after such a long time. Everytime we play the audience keeps getting bigger and more passionate each time. We can't wait to play this new music live.'

Presale tickets for Papa Roach are available on Wed 14 Jun at 9am, tickets are on general sale Fri 16 Jun at 10am.

The American band led by singer Jacoby Shaddix were one of the leaders of the first wave of nu metal.