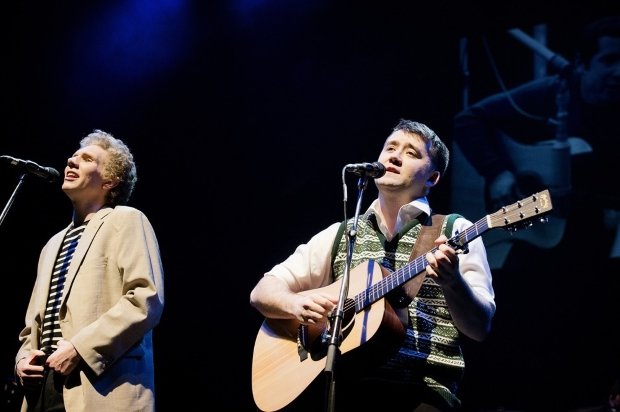 Hugely popular theatre show celebrates the rise of the folk duo, one of the best selling double acts in history

The Simon and Garfunkel Story has announced a show at London's indigo at The O2 on Sat 23 Jun 2018. Pre-sale tickets for the show go on sale Fri 30 Jun at 11am.

Telling the story of the folk duo, one of the biggest musical acts of the 20th century, the concert style theatre show has been seen by over a quarter of a million people worldwide, receiving rave reviews and selling out on all four corners of the world.

Through a combination of video projection, lighting and music from a full live band, the show follows the rise and rise of Paul Simon and Art Garfunkel, two young men from Queens, New York who went on to sell millions of records, and eventually play to over 500,000 people in Central Park.

Featuring classic tracks like 'Mrs Robinson', 'Bridge Over Troubled Water', 'Homeward Bound', 'Scarborough Fair, 'The Boxer' and – forever associated with Dustin Hoffman and Katharine Ross in The Graduate – 'The Sound Of Silence', it's a show that fans of the iconic double act shouldn't miss.

Presale tickets for The Simon and Garfunkel Story at London's indigo at The O2 go on sale Fri 30 Jun at 11am. The show is currently touring the UK.

The Simon and Garfunkel Story takes you back through time, to tell the story of both Paul and Art, from their humble beginnings as rock n roll duo Tom & Jerry, right through their massive success, dramatic breakup and finishing with a stunning recreation of the 1981 Central Park reformation concert. The show features…