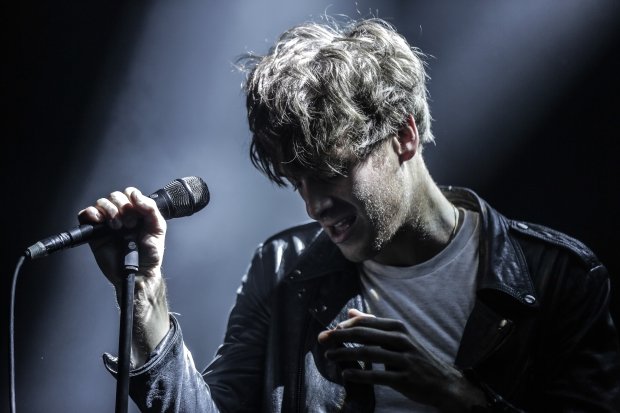 Show at 850-year-old Paisley Abbey takes place on Fri 20 Oct, with tickets only available through a ballot system

Paisley's UK City of Culture 2021 bid has been given another huge boost with the news that one of its most famous sons is playing a show at Paisley Abbey as part of The Spree festival.

The show, which will see all proceeds go to local charities selected by Paolo himself, takes place on Fri 20 Oct.

Tickets will be available through a special ballot which fans can register for through The Spree website from 9am on Fri 30 Jun, until Thu 6 Jul. Tickets cost £30 and are restricted to two per purchase.

For Paolo himself, it's the chance to fulfil a dream he's held since he was a young man and at the same time support five local charities – The Love Street Singers, Mirren Park School, The Kibble Band, the Sunshine Recovery Cafe and some of Paisley's Syrian refugee children.

Paolo said: 'I've always wanted to play in the Abbey since I was a wee boy. I'm proud to be a part of The Spree and I'm proud to be from Paisley. Love is music and music is home.'

Paisley 2021 bid director Jean Cameron said: 'Paolo's support has been absolutely instrumental to Paisley's UK City of Culture 2021 bid and we are utterly thrilled he is playing this gig – it will be spectacular and we cannot wait.

'It is wonderful to see him helping us realise the bid's aim to open up the benefits of culture to everybody in the town by supporting local charities and communities who face real barriers to accessing world-class cultural experiences.'

The festival has already announced a stellar line up, with highlights including a one-off (and already sold out) collaboration between Frightened Rabbit and the Royal Scottish National Orchestra, RM Hubbert and Emma Pollock, and Strange Invitation – a night curated by Eigg-based Lost Map.

Tickets for Paolo Nutini at Paisley Abbey are available through a special ballot which opens on Fri 30 Jun and closes Thu 6 Jul. Enter at thespree.co.uk

The Spree is Paisley’s music and arts festival, featuring international and Scottish artists alongside homegrown talent and a vibrant kids programme