At The Drive-In to support Royal Blood on UK tour, buy tickets now 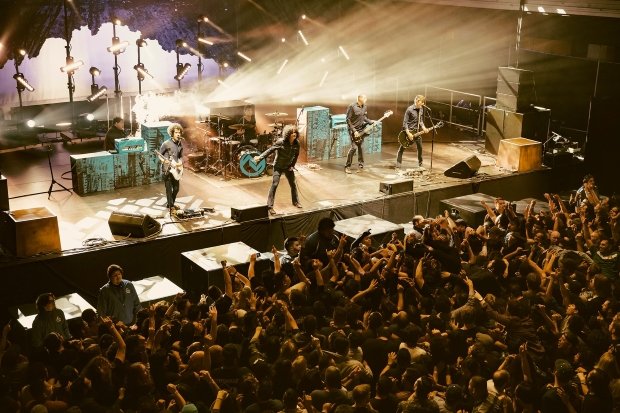 Having reunited after going on hiatus back in 2001, the Texan post-hardcore band will play 11 arena shows with one of Britain's biggest bands

Royal Blood will be joined on their upcoming UK tour by post-hardcore veterans At The Drive-In. Tickets are on sale now.

The Brighton two-piece tour the country in November, in support of their chart topping second album How Did We Get So Dark?.

Mike Kerr and Ben Thatcher's riff-based rock brought them the Pyramid Stage at Glastonbury 2017, where they played before headliners Radiohead and penultimate act The XX, and if their forthcoming jaunt around the country wasn't enough to look forward to, their choice of support act makes the shows even more enticing.

At The Drive-In went on an indefinite hiatus in 2001 after the release of their third album Relationship of Command, citing physical and mental exhaustion and with band members pushing very different musical directions. Cedric Bixler-Zavala and Omar Rodriguez-Lopez formed the prog-influenced The Mars Volta, while Jim Ward, Paul Hinojos and Tony Hajjar formed the more conventional alt-rock group Sparta.

Having reformed for some reunion shows in 2012, the group released fourth album in•ter a•li•a in 2016, with Ward replaced by Keeley Davis. The fifteen year wait was worthwhile.

Royal Blood have asked their fellow Brighton residents and shoegazers Black Honey along for the trip too.

Tickets for Royal Blood and At The Drive-In are on sale now.