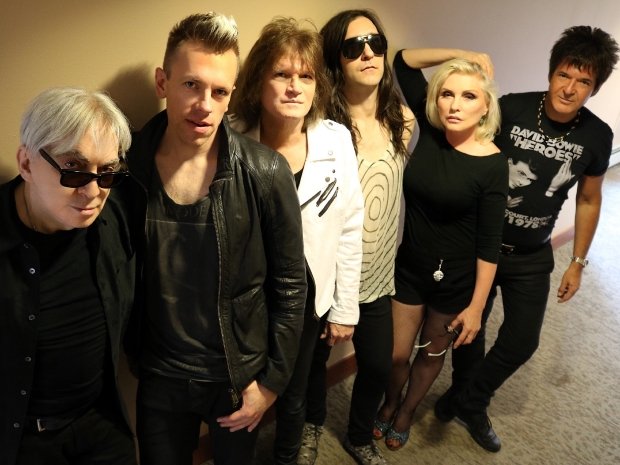 Debbie Harry's band, known for hits like 'Heart of Glass', 'One Way Or Another' and 'Atomic' play four shows in support of their 11th album Pollination

Blondie have announced a November tour of the UK, with presale tickets available 9am on Wed 5 Jul.

The classic new wave group will play in Manchester, Birmingham, Glasgow and London in support of Pollination, the eleventh studio album of a remarkable musical career.

After a self-titled debut album that featured the sassy 'Rip Her To Shreds', the band released two albums in 1978, Plastic Letters and Parallel Lines. The latter, which kicked off with a cover of The Nerves' 'Hanging On The Telephone', and also featured 'Heart of Glass' and 'One Way or Another', made the group an international success story.

Pollination is a return to form for the group, produced by John Congleton (St Vincent, Angel Olsen, The War on Drugs) and with songs from the tried and tested songwriting duo of Chris Stein and Debbie Harry.

With a set featuring some of the best singles of the 70s and 80s (and the 90s too, 'Maria' is irresistible) as well as the effervescent Pollination, a night with Blondie is as enjoyable as ever.

Presale tickets for Blondie go on sale at 9am on Wed 5 Jul. Tickets on general sale Fri 7 July at 9am.