Find out how to buy tickets for gypsy punks Gogol Bordello 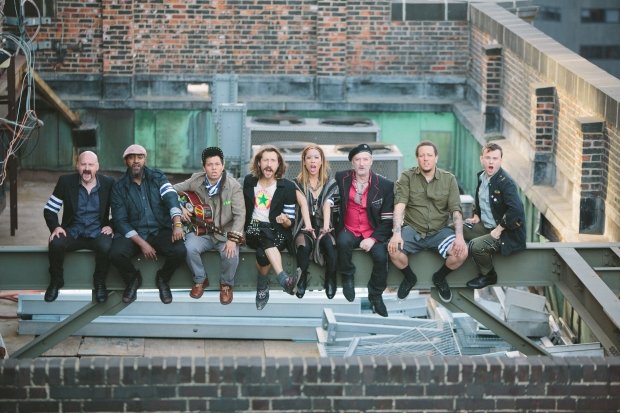 Eugene Hütz and band are touring the UK in December, with tickets on sale Fri 14 Jul at 10am

Gogol Bordello have announced a UK tour for December 2017. Tickets go on sale Fri 14 Jul at 10am.

The group will play four shows, kicking off at Manchester Academy on Tue 12 Dec. The tour stops at London's O2 Brixton Academy on Thu 14 Dec, Wolverhampton's Wulfrun Hall on Fri 15 Dec and finishes up at Glasgow's O2 Academy on Sun 17 Dec.

Led by Ukrainian-born songwriter Eugene Hütz, the New York-based gypsy punk band formed in 1999 and have been touring ever since.

The band release their seventh studio album Seekers and Finders this year, their first since 2013's Pura Vida Conspiracy.

Their breakthrough album, 2005's Gypsy Punks: Underdog World Strike, contained the tracks 'Start Wearing Purple' and 'Not A Crime'. In the same year, Hütz starred alongside Elijah Wood in the film adaptation of the Jonathan Safran Foer novel Everything Is Illuminated. The film, which performed badly at the box office but has developed a cult following in the years since its release, also featured the music of Gogol Bordello.

Tickets for Gogol Bordello go on sale Fri 14 Jul at 10am.

Gypsy punk band whose frontman Eugene Hutz was one of the stars of the Liev Schreiber-directed film Everything is Illuminated.