Doune The Rabbit Hole announces full programme, find out how to buy tickets 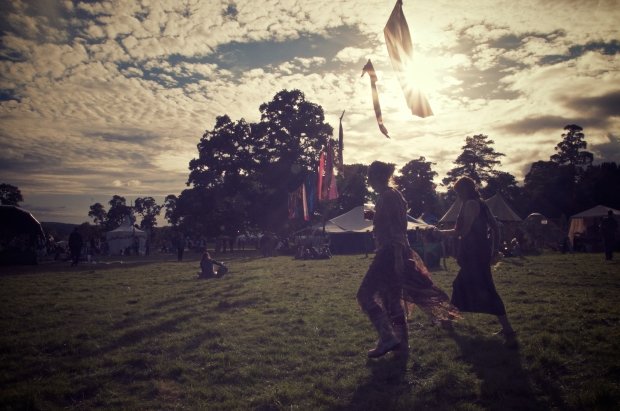 Boutique festival held at Lake of Menteith headlined by Liars, Songhoy Blues and Scottish supergroup Start To End with their acclaimed performance of Daft Punk's Discovery

Doune The Rabbit Hole, the boutique music and arts festival, has announced its full programme for 2017, with tickets on sale now.

The three-day event, which takes place over the weekend of Fri 18 Aug - Sat 20 Aug, is to be headlined by New York art punks Liars, Mali's critically acclaimed Songhoy Blues, and Scottish supergroup Start To End, who'll close the party with their much-praised recreation of Daft Punk's Discovery, from opening track 'One More Time' to the closing 'Too Long'.

Held at Cardross Estate, near the Lake of Menteith, the event will be graced by some of Scotland's best establish and up and coming acts, and renowned performers from around the world.

Friday's highlights include six-time World Snooker Champion (yes, you read that right) Steve Davis, who'll be putting his considerable DJ skills to the test, 'cueing up' some classic tracks, as well as the iconic indie-pop of BMX Bandits and thrash-punk of PAWS.

Saturday is topped by Songhoy Blues, who played a storming set at this year's Glastonbury and BBC 6Music Festival in Glasgow, with a rare appearance from avant-garde Norwegian Jenny Hval, the political Anglo-French pop of Francois and the Atlas Mountains, and sets from Spinning Coin, one of the best guitar bands to emerge from Glasgow in years, and the energetic The Vegan Leather.

Across the weekend there's performances from the likes SAY Award nominees Meursault and Happy Meals, Pronto Mama, Ulrika Spacek, plus comedy from Sage Francis & B Dolan and slam poetry from Neil Hilborn.

The festival welcomes children, is dog friendly, offers yoga, a sauna and freshwater swimming, and when you get peckish or fancy a swally it will be catered for by some of Scotland's best independent food and drink vendors. Sounds like we should make a weekend of it?

Doune The Rabbit Hole takes place between Fri 18 Aug - Sun 20 Aug at Cardross Estate, near Lake of Menteith. Tickets are on sale now.