Line of Duty gets another 2 series 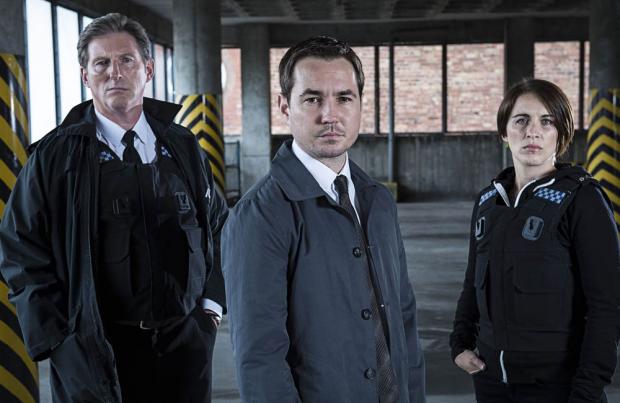 'Line of Duty' has been commissioned for another two series.

The show's creator Jed Mercurio was recently given the go-ahead to pen another instalment of the police drama following the conclusion of series four but he's unsurprisingly over the moon as bosses have decided to do a sixth as well.

Speaking an event launching a raft of new BBC drama commissions, according to the RadioTimes.com, BBC director-general Tony Hall said: "I am very excited to say there's not one but two more series of 'Line of Duty'. So hooray for AC-12!"

The broadcaster's decision to do another two series comes shortly after Mercurio said it would be "nice to know" it's not the end before he starts penning the fifth instalment.

He said at the time: "It's not my decision in the end. It's the broadcaster and the fans that are still watching the show, but I love making the show. We all love working together.

"So at the moment, no-one wants to stop making 'Line of Duty'. I'd definitely like to be able to do a sixth series. That means we can approach the fifth series knowing that it's not going to be the last."

However, viewers will have to wait a while before they'll be able to watch the fifth series as Jed has revealed they're not planning to start shooting until the end of next year.

He explained: "The plan is we won't shoot 'Line of Duty' series five until next year and that means it won't be on air until 2019. We haven't even decided if the next antagonist will be male or female, we are that far off from puzzling it out."

Although Jed hasn't started working on the script for the fifth instalment yet, the cast have to agree to some strict terms and conditions before they're given their lines.

A source said previously: "The cast's contracts stipulate they can't give away the show's secrets. That is the last thing any would want to do but if they did by accident they would be in breach of contract.

"And the consequences could be serious. They might even face financial penalties."