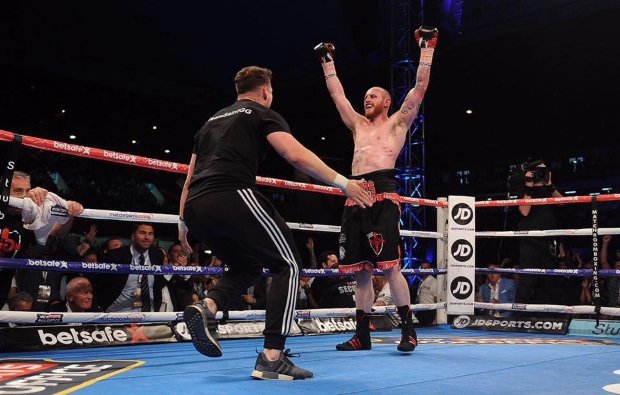 George Groves is to fight Jamie Cox in the World Boxing Super Series on Sat 14 Oct at London's SSE Wembley Arena. Tickets for the bout go on sale Wed 23 Aug at 10am.

The all-Brit clash is the pick of the quarter final clashes in the first year of the revolutionary knockout tournament. Groves and Cox are competing the super-middleweight division, with a separate cruiserweight competition also taking place.

The knockout format will eventually lead to two finals in May 2018, with the winners in each division both claiming the Muhammad Ali trophy.

Whoever triumphs in the bout between Groves and Cox will earn a semi-final against either fellow Brit Chris Eubank Jr or Turkey's Avni Yildirim.

Groves and Cox are good pals, but they'll both be giving it their all when they step into the ring. Groves has already starred with the pre-fight rhetoric:

'Me and Jamie are old buddies. We've known each other a long time now. I quite fancied a bit of a domestic dust-up. I've provided him a great opportunity, he's fighting for a world title. It's also a strategic move. It's a long tournament, so I picked the easy guy first.'

Tickets for George Groves v Jamie Cox at London's SSE Wembley Arena on Sat 14 Oct go on sale at 10am on Wed 23 Aug. Don't miss out.