Kasabian announce huge shows at London's O2 Arena, find out how to get tickets 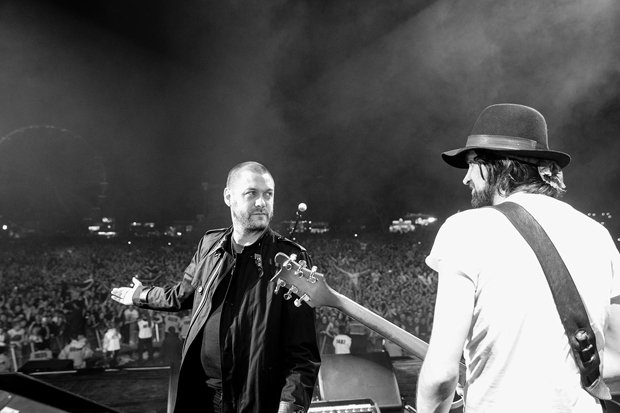 Kasabian have announced two huge London shows for December 2017, with tickets on sale Thu 31 Aug at 9.30am.

The group, whose popularity is at an all time high, will perform at the O2 Arena on Fri 1 Dec and Sat 2 Dec.

The Leicester four-piece released their sixth studio For Crying Out Loud album back in May.

It topped the charts in the UK, and drew attention for its unconventional album cover, which features a topless picture of the band's long term roadie Rick Graham, and some primitive graphics and font choices.

The band, made up of Tom Meighan, Serge Pizzorno, Chris Edwards and Ian Matthews, headline the Reading and Leeds Festival this weekend, bringing a hectic summer to a close. Back in July they topped the bill at the inaugural TRNSMT and in May they stole the show at Radio 1's Big Weekend in Hull.

The London shows give fans another chance to see Kasabian play tracks from the new record in the flesh, such as 'You're In Love With A Psycho', 'Bless This Acid House' and 'Comeback Kid' and with cuts like 'Club Foot', 'Fire', 'LSF' and 'Underdog' in their arsenal, their set will no doubt bring the house down.

The lairy indie combo have headlined T in the Park and Glastonbury with their tried-and-tested piledriving electro-rock anthems.