Elbow announce UK tour with John Grant, find out how to get tickets 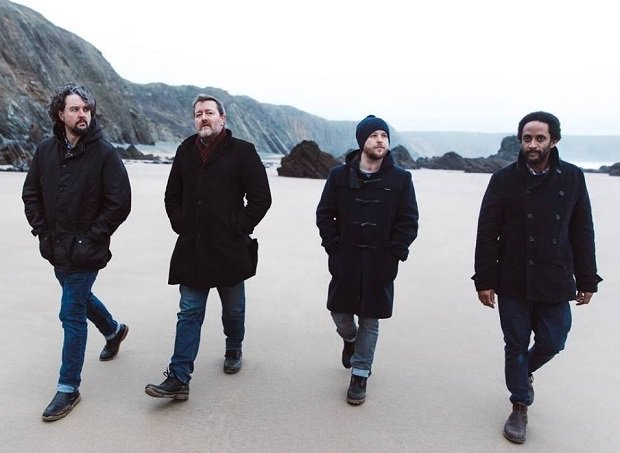 Elbow have announced a UK arena tour for March 2018, with tickets on sale Fri 8 Sep at 9am.

The Manchester band, who earlier this year celebrated the release of their seventh studio album Little Fictions, will perform five dates across the UK.

The shows kick off at Glasgow's SSE Hydro on Fri 2 Mar, after which the band play Birmingham's Genting Arena, Manchester Arena and Leeds' First Direct Arena, before finishing up at London's O2 Arena on Wed 7 Mar.

Elbow formed in Bury in the early 1990s, and after a couple of false starts (and name changes) released their debut album Asleep in the Back in 2001. Cast of Thousands and Leaders of the Free World followed, before the band became a household name with the release of 2008's The Seldom Seen Kid. It won the Mercury Music Prize and, in 'One Day Like This', came with an anthem ready for festival main stages and uplifting television montages.

The band's latest album Little Fictions contains the singles 'Magnificent (She Says)', 'All Disco', and 'Gentle Storm' – the video for which features Benedict Cumberbatch.

An already exciting tour is given an extra boost with the addition of American singer-songwriter John Grant, who'll open for Elbow each night. Initially rising to prominence as lead singer of The Czars, Grant has released three solo albums to critical acclaim, 2010's Queen of Denmark, 2013's Pale Green Ghosts and 2015's Grey Tickles, Black Pressure.

Tickets for Elbow go on sale at 9am on Fri 8 Sep.