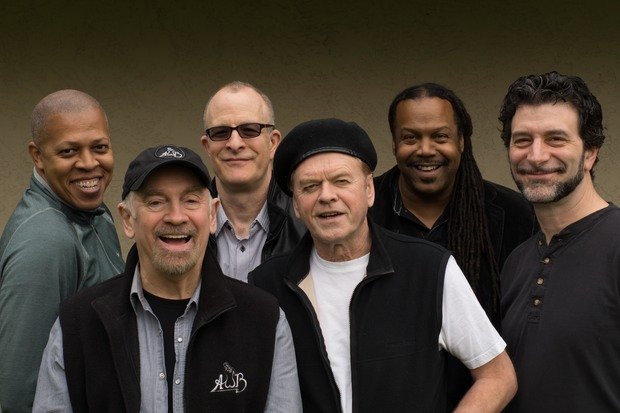 The programme for this year's EFG London Jazz Festival has been revealed, with tickets on sale now.

It's a landmark year for the hugely popular event, which is celebrating its 25th anniversary.

From Fri 10 Nov to Sun 19 Nov, legendary acts from around the world, up and coming British performers, and outstanding collaborations will entertain revellers at venues across the city.

The first night of the festival features the Opening Gala at the Royal Festival Hall, An Evening With Pat Methany at the Barbican Hall, and a performance from the Tomasz Stanko Quartet at the Cadogan Hall.

The Average White Band headline the Royal Festival Hall on Sat 11 Nov, supported by rising stars LaSharVu, and other highlights at that venue include performances from Paolo Conte on Mon 13 Nov, the incredible Harlem Gospel Choir on Fri 17 Nov, Gipsy Kings & Chico on Sat 18 Nov, with a closing performance from Jaga Jazzist and Sinikka Langeland on Sun 19 Nov.

Elsewhere across the festival there are two performances Omar Sosa & Seckou Keita, Dee Dee Bridgewater and Phronesis and Engines Orchestra.

More artists are still to be announced, for what's sure to be an incredible festival of world class music.

Tickets for the EFG London Jazz Festival are on sale now.

Ollie Howell is a London-based multi-award winning drummer, instrumentalist, composer, producer and broadcaster. A young Ollie was given his first pair of drum sticks by Radiohead's Philip Selway and he is now championed by both industry guru Quincy Jones and jazz drumming legend Jimmy Cobb, as an emerging creative force.

Playing material from his highly praised second CD 'Unfolding In Tempo.' top alto saxophonist Tom Harrison returns to The Spice of Life. Tonight's line-up will feature QUENTIN COLLINS trumpet. Following intensive study of the music of Duke Ellington, the album is a celebration of legendary band and the characters within…

Jam Experiment are a young jazz quintet that are based in London. They won the 2014 Jazz North Introduces Scheme, shortly after their debut gig supporting Liane Carroll. They have played at leading jazz festivals across the UK, leaving audiences in awe. The lineup includes the winner of the inaugural BBC Young Musician…

Critically acclaimed Clement Regert's Wild Card is a melting-pot of musical ideas, fusing urban rhythms, Hard-bop and grooves with latin and jazz attitude. There will be top guests backed up by the core Organ trio of Sophie Alloway on Drums, Andrew Noble on Hammond Organ and French guitarist/band leader Clement Regert.

Composer John Warren formed a new nine-piece ensemble to play a newly commissioned suite at Jazz Nursery in 2016. The band contains a mix of some real stars of the UK's jazz scene alongside some younger up-and-coming musicians, and the music was inspired by Algonquin folk tales from John's native Canada. He has been an…

Jam Experiment are a young jazz quintet that are based in London. They won the 2014 Jazz North Introduces Scheme, shortly after their debut gig supporting Liane Carroll. They have played at leading jazz festivals across the UK, leaving audiences in awe. The lineup includes the winner of the inaugural BBC Young Musician…