Honeyblood announce headline Christmas show at Glasgow's ABC, find out how to get presale tickets 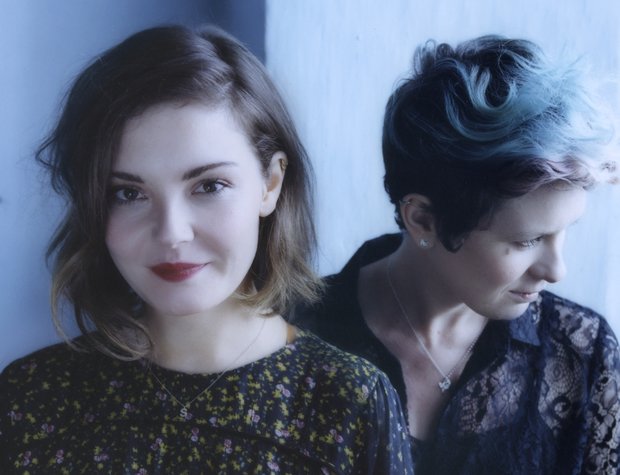 SAY Award shortlisted duo are supported by The Spook School, Man of Moon and The Ninth Wave

Honeyblood have announced a special headline Christmas show at Glasgow's ABC, with presale tickets on sale at 10am on Fri 8 Sep.

'Have Yourself a Honeybloody Christmas' takes place on Fri 22 Dec, and the band – who were nominated and shortlisted for this year's SAY Award for their sophomore album Babes Never Die – have asked fellow Scottish-based bands The Spook School, Man of Moon and The Ninth Wave to open the show.

After impressing with their early singles, Stina Tweeddale and Cat Myers' band have gone from strength to strength, performing at this year's 6 Music Festival alongside The Shins and Grandaddy, and opening for Foo Fighters at Murrayfield Stadium last year.

Their 2014 self-titled debut album, recorded in Connecticut with Peter Katis (The National, Interpol) included 'Bud', 'Killer Bangs' and 'Super Rat', whilst the successful follow up record featured the radio-friendly rock of 'Sea Hearts' and 'Ready for the Magic'.

Joining them at the Christmas extravaganza are three rising stars of Scottish guitar music, with the queer punk of The Spook School, the atmospheric post-rock of Man of Moon and the gothic indie-pop of The Ninth all set to impress a packed out ABC.

Presale tickets for Honeyblood's 'Have Yourself a Honeybloody Christmas' go on sale at 10am on Fri 8 Sep.

Glasgow-based grunge rock from Stina Tweeddale on guitar and vocals