Prophets of Rage announce London show, find out how to get presale tickets 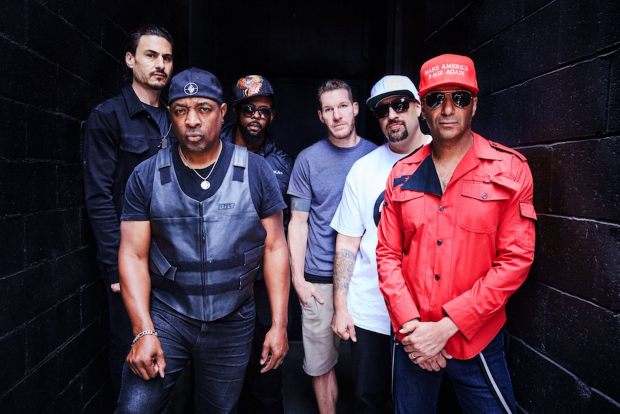 Prophets of Rage have announced a show at London's O2 Kentish Town Forum on Mon 13 Nov. Presale tickets are available at 10am on Wed 13 Sep.

The supergroup, which pairs the riffs and rhythms of Rage Against The Machine's Tom Morello, Tim Commerford and Brad Wilk with Public Enemy's DJ Lord and Chuck D, and Cypress Hill's B Real, released their debut EP The Party's Over last year to critical acclaim.

Taking their name from the title of a song from Public Enemy's classic album It Takes A Nation of Millions To Hold Us Back, the politically outspoken book set out to raise their voices against what Morello called 'a mountain of election year bullshit'. As you'd expect from a band that includes some of the most relentless activists in the music industry, their mission hasn't quite brought down Trump, but has no doubt been a successful venture.

The next step is a self-titled debut album, due for release on Fri 15 Sep. It contains 12 tracks, including 'Radical Eyes', 'Legalize Me', "Hail to the Chief" and 'Strength in Numbers, as well as single 'Unfuck The World', the video for which was directed by Michael Moore.

Polotical American rap rock supergroup, formed by members of Cypress Hill, Public Enemy, Rage Against The Machine, raid their respective back catalogues alongside new material, with Chuck D and B-Real up front and centre