Imagine Dragons announce UK arena tour, find out how to get presale tickets 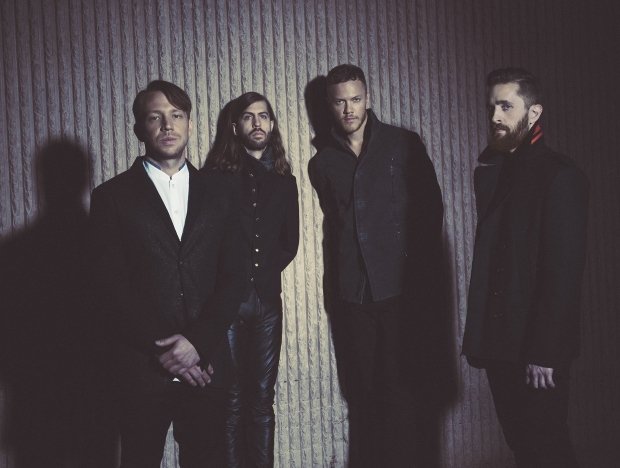 Group will perform in Birmingham, London, Manchester and Glasgow in support of their third album Evolve

Imagine Dragons have announced a UK tour for 2018, with presale tickets on sale Wed 20 Sep at 9am.

The Las Vegas band, who released their third album Evolve in June, will perform four arena shows in support of the new tracks. The run of gigs kicks off at Birmingham's Genting Arena on Sat 24 Feb, with the next UK show taking place at London's O2 Arena on Wed 28 Feb.

Fusing rock influences with flourishes of hip hop and pop, the band hit the top of the charts with their 2012 debut album Night Visions. Kicking off with the smash hit 'Radioactive', it also contained 'It's Time', 'Hear Me', 'Demons' and 'On Top of the World'. They followed it up in 2015 with Smoke + Mirrors, which featured 'I Bet My Life', 'Gold' and 'Shots'.

Imagine Dragons are known for the energy of their live performances, with frontman Dan Reynolds renowned for being a magnetic stage presence.

Presale tickets for Imagine Dragons go on sale Wed 20 Sep at 9am. Tickets on general sale on Fri 22 Sep at 9am.