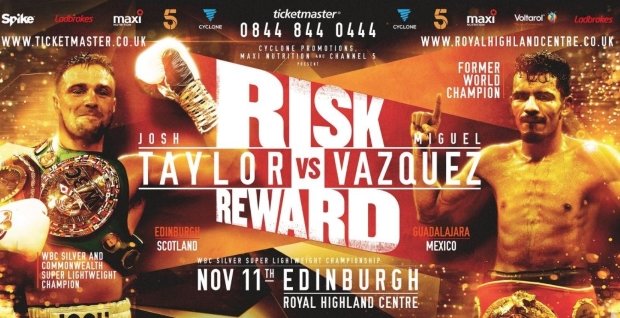 26-year-old has won 10 out of 10 professional boxing fights, but the bout with the Mexican is his biggest challenge to date

Taylor, the undefeated WBC silver super lightweight champion, is optimistic ahead of the bout with Vasquez. The 30-year-old Mexican has won 39 of his 44 fights, but will need to fight against the will of a partisan home crowd in Edinburgh.

The Scot, who was selected for the 2012 Olympics, won a gold medal at the 2014 Commonwealth Games in Glasgow in the light welterweight division.

Having turned professional, he's not got his eyes on securing a world title fight within the next year.

Taylor has won 10 out of 10 fights so far, and a win against the man from Guadalajara would go a long way to securing one.