Tears For Fears announce show at London's Royal Albert Hall, here's how to get tickets 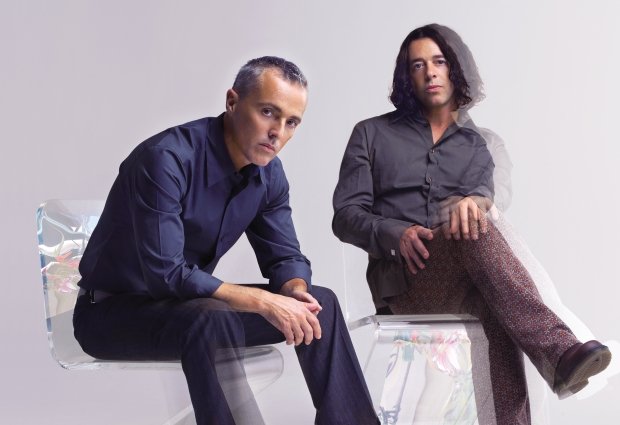 Pop duo to perform at the iconic venue on Fri 27 Oct, bringing all their classic hits to the party

Tears For Fears have announced a special one-off show at London's Royal Albert Hall on Fri 27 Oct. Tickets for the gig are on sale at 9am on Fri 29 Sep.

Following a hugely successful show at Hyde Park this summer, and US tour, the pop duo of Roland Orzabal (vocals, guitar, keyboards) and Curt Smith (vocals, bass, keyboards) will celebrate their incredible back catalogue at the iconic London venue.

Formed in 1981 (with wonderful hair, reflective of the time), the group's first album The Hurting, released two years later, featured 'Pale Shelter' and 'Mad World'. Two decades on that song, covered by Gary Jules for the Donnie Darko soundtrack, would become a Christmas number one in the UK.

The follow up album, 1985's Songs From The Big Chair, was a roaring success. Including 'Shout', 'Head Over Heels' and 'Everybody Wants To Rule The World', it's still their most successful album.

They've a formidable collection of hits, including 'The Seeds Of Love', 'Woman In Chains' and 'Laid So Low (Tears Roll Down)' and it's sure to be a special night in London, not to be missed.

Tickets for Tears For Fears at London's Royal Albert Hall on Fri 27 Oct go on sale at 9am on Fri 29 Sep.

80s pop rockers bring their musical stylings to the noughties.

…and at 4 other places