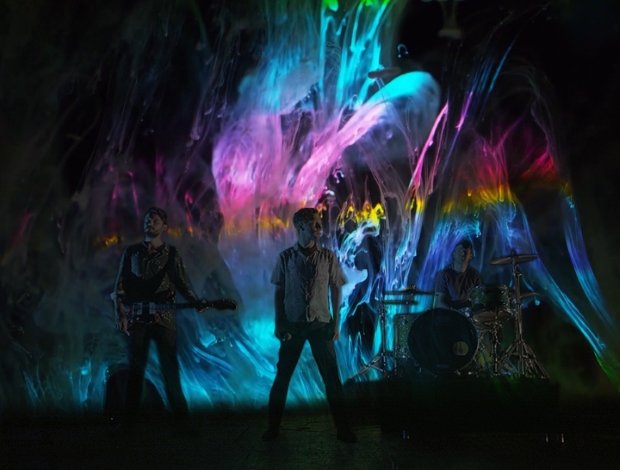 Friendly Fires have announced a much anticipated return to live performance, with a show at London's O2 Brixton Academy on Thu 5 Apr 2018. Presale tickets go on sale at 9am on Wed 27 Sep.

The group, comprising Ed MacFarlane, Jack Savidge and Edd Gibson, haven't performed since 2012. Their return has been greatly anticipated however. MacFarlane revealed in 2012 the group had been working on 'psychedelic' new material with renowned producer Andrew Weatherall. The return could potentially be backed up with news of new music.

For now, there's a show to look forward to. Before their break Friendly Fires were one of the hottest prospects in British music. Their self-titled 2008 debut album was nominated for the following year's Mercury Music Prize. It included the singles 'Paris', 'Jump In The Pool' and 'Skeleton Boy', and was followed swiftly by 'Kiss of Life'.

The follow-up album, Pala, released in 2011, included 'Live These Days Tonight' and 'Hawaiian Air'. Since then, there's been nothing but the occasional murmuring of activity. The hibernation is over. Fans can look forward to ne

Friendly Fires play London's O2 Brixton Academy on Thu 5 Apr 2018. Presale tickets go on sale at 9am on Wed 27 Sep. Tickets go on general sale on Fri 29 Sep at 9am.