Thirty Seconds To Mars announce UK arena tour, find out how to get tickets 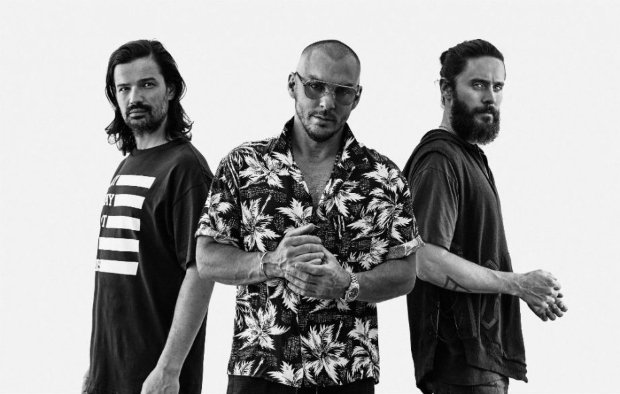 Thirty Seconds to Mars have announced a UK tour for March 2018, with presale tickets on sale at 9am on Wed 11 Oct. Tickets go on general sale at 9am on Fri 13 Oct.

The band, who recently returned with new single 'Walk on Water', will perform five shows across the UK. Kicking off at Cardiff's Motorpoint Arena on Fri 23 Mar, the tour takes in Manchester Arena, Glasgow's SSE Hydro and London's O2 Arena, finishing up at the Birmingham Arena on Thu 29 Mar.

Fronted by Jared Leto, known for his roles in films like Dallas Buyers Club, American Psycho and Requiem For A Dream, the group have released four albums in total, starting with their self-titled 2002 release.

They followed it up with the huge hit album A Beautiful Lie, which was released in 2005 and contained 'Attack', 'The Kill' and 'From Yesterday'.

Of the new single, Jared Leto said: 'It's a song about freedom, about persistence, about change and about fighting for what you believe in.'