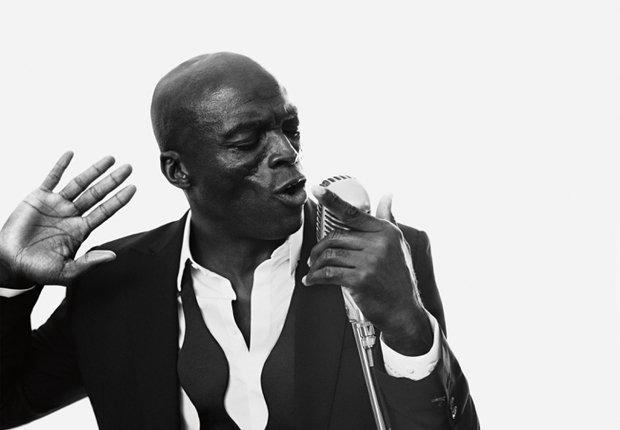 'Kiss From a Rose' star Seal has announced a UK tour coming February 2018 in support of his 10th studio album, Standards. Presale and general tickets details below.

With more than 30 million record sales worldwide over a career spanning three decades, not to mention a closet filled with Grammy, Brit and Ivor Novello awards, it's fair to share Seal has long since cemented his status as a soul legend.

Supported by a big band and performing classics alongside his new work, the Brit returns home for nine gigs kicking off Sat 10 Feb in Edinburgh and climaxing at the London Palladium Thu 22 Feb.

Seal's latest album is said to bring the 'glamour of Old Hollywood straight into the present' and is seen as a natural successor to his soul discography, with covers of classics popularised by the likes of Frank Sinatra, Nina Simone, Elle Fitzgerald and Cole Porter.

Of the tour, Seal says: 'It's great being back in my home country, and touring with this album is going to be such an experience. We have a full big band – it's going to be amazing.'

Pre-order Standards from Seal.com by Tue 17 Oct for access to presale tickets on Wed 18 Oct. Tickets for Seal go on general sale Fri 20 Oct at 10am.

The man who brought us 'Crazy', 'Kiss from a Rose' and 'Killer' parades his influences in his recent album 'Soul', a collection of golden oldies.