Idlewild announce special Glasgow shows to celebrate The Remote Part, here's how to get tickets 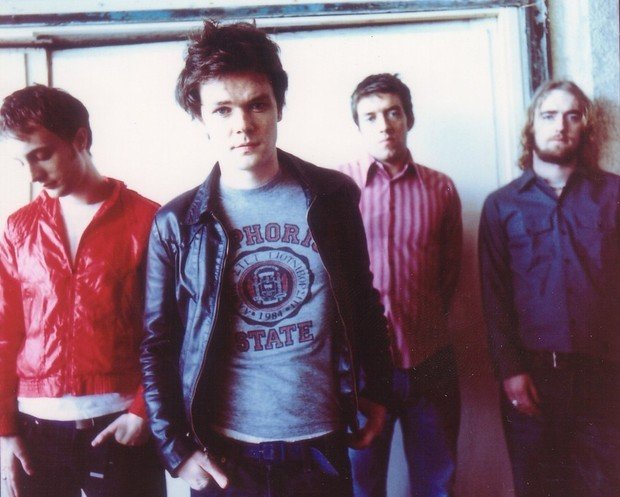 Idlewild, pictured before the release of The Remote Part, will play that album in full this Christmas in Glasgow

Scottish indie favourites Idlewild have announced two special shows at Glasgow's ABC in the build-up to Christmas. Tickets for the shows go on general sale at 9am on Fri 20 Oct, but members of the band's mailing list can access the presale from 9am on Wed 18 Oct.

The shows on Tue 19 and Wed 20 Dec, will see the group celebrate the 15th anniversary of fan favourite The Remote Part. Released in 2002, it reached number 3 in the UK album charts and sold 100,000 copies within a month.

Opening with the urgent, anthemic 'You Held The World In Your Arms' (which was also the lead single from the album, cracking the top ten of the charts), The Remote Part featured the tracks 'American English', 'Live In A Hiding Place' and 'A Modern Way of Letting Go'.

It finishes off with 'In Remote Part/Scottish Fiction', in which the poet Edwin Morgan recites a specially written poem over a sea of guitars and cymbals.

The band will play the album in full at both shows, along with tracks from their fantastic back catalogue.

Idlewild play Glasgow's ABC on Tue 19 and Wed 20 Dec, tickets for the shows go on general sale at 9am on Fri 20 Oct. Presale is open for members of Idlewild's mailing list from 9am on Wed 18 Oct.