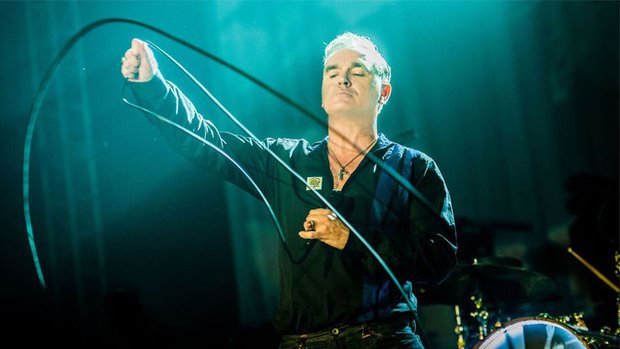 Supporting his 11th album Low in High School, Morrissey will travel across the country in February and March 2018

Morrissey has announced a UK tour for 2018, with tickets on general sale Fri 3 Nov at 10am.

The former Smiths frontman is due to release his 11th studio album in November. Low In High School features the singles 'Spent The Day In Bed' and 'I Wish You Lonely'.

Moz kicks off the shows with two nights in Scotland, at Aberdeen's BHGE Arena on Fri 16 Feb and Glasgow's SSE Hydro on Sat 17 Feb. The tour takes in Newcastle, Leeds, Birmingham and Brighton and finishes up with two nights in London, at the Royal Albert Hall on Wed 7 Mar and Alexandra Palace on Fri 9 Mar.

Occasionally performing classic Smiths tracks like 'How Soon Is Now' and 'There Is A Light That Never Goes Out' alongside his solo stuff, expect to hear newer tracks like 'Suedehead', 'First of the Gang to Die' and 'Irish Blood, English Heart'.