Flight of the Conchords extend their sold out UK tour and add third gig at London's O2 Arena, here's how to get tickets 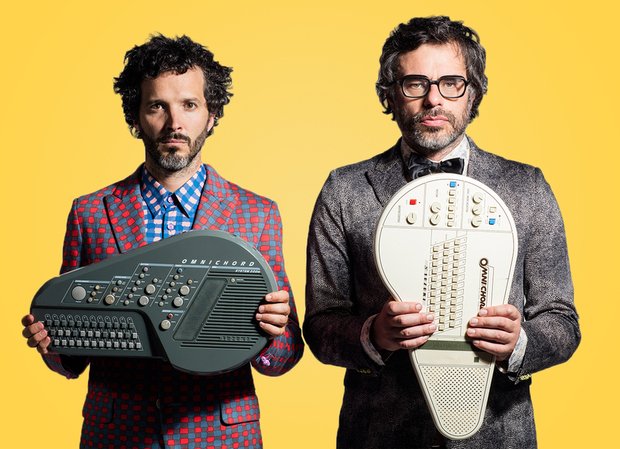 Jemaine and Bret will now play three shows at the giant London venue due to overwhelming demand, as well as visiting Portsmouth, York and Milton Keynes

Flight of the Conchords have added an extra show at London's O2 Arena to their UK tour, with tickets on sale at 10am on Fri 3 Nov

The comedy duo, Jemaine Clement and Bret McKenzie, all the way from New Zealand, will now play at London's O2 on Tue 3 Apr, having sold out two previous dates at the gigantic venue.

They've also lined up visits to Portsmouth's Guildhall, York's Barbican and Milton Keynes Theatre while they're in the UK. They'll play three nights at each venue and tickets for those performances also go on sale on Friday at 10am.

With hilarious tracks like 'Business Time', 'We're Both In Love With A Sexy Lady' and 'Albi The Racist Dragon' the shows are not to be missed. Tickets have flown out for the existing dates, so don't miss out on this second chance.

Tickets for Flight of the Conchords' extra UK tour dates go on sale at 10am on Fri 3 Nov.