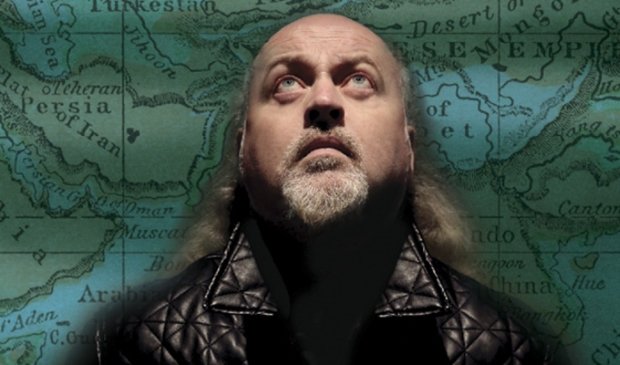 Bill Bailey is bringing his Christmas Larks! show to London for five nights at the O2 Shepherd's Bush Empire this December. Presale tickets for the festive gigs are on sale now through Ticketmaster. Tickets go on general sale at 10am on Fri 10 Nov.

The distinctively long-haired comedian will take over the west London venue on Sat 23, Wed 27, Thu 28, Fri 29 and Sat 30 Dec. The gigs will see Bailey preview material from his upcoming tour, Larks in Transit, with all the tricks his live show is famous for, plus an additional festive element.

Larks in Transit sees Bailey bring his trademark musical skills and surreal musings on topics as diverse as politics, philosophy, the pursuit of happiness, death metal and ringtones. He also discusses an excruciating encounter with Paul McCartney, and regales the audience with anecdotes spanning 20 years of shenanigans as a touring performer. Expect the unexpected.