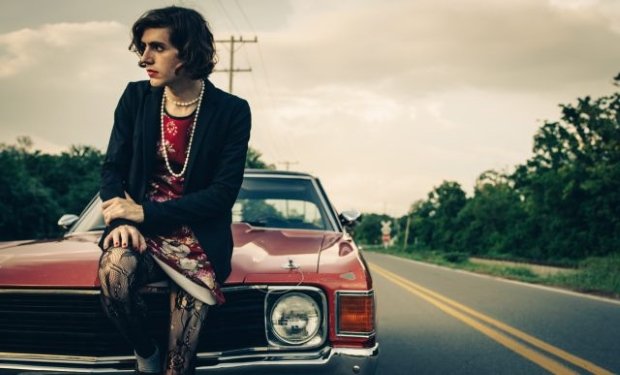 Transangelic Exodus, the follow up to 2015's excellent Perpetual Motion People, is released on Fri 9 Feb

The American songwriter is supporting his latest album Transangelic Exodus. The follow up to 2015's acclaimed Perpetual Motion People, which featured 'Restless Year' and 'Lousy Connection' and 'Body Was Made' is released on Fri 9 Feb.

Of Transangelic Exodus, Furman says: 'It's not a concept record, but almost a novel, or a cluster of stories on a theme, a combination of fiction and a half-true memoir. A personal companion for a paranoid road trip. A queer outlaw saga'.

The run of shows kicks of at London's O2 Academy Brixton on Wed 23 May, taking in dates in Bristol and Manchester, finishing up at Glasgow's ABC on Mon 28 May.

Tickets for Ezra Furman go on sale at 10am on Fri 17 Nov.

Chicago musician and songwriter who performs and tours with his band The Visions. Furman's seventh studio album, Transangelic Exodus was released in early 2018.